IDM Layer Styles is a version of Adobe's own layer styles and closely resembles those effects.
The effect doesn't have the same sub effects as Adobe's Layer Styles, only some of them. We are working on adding more. For now the only sub effects available are: 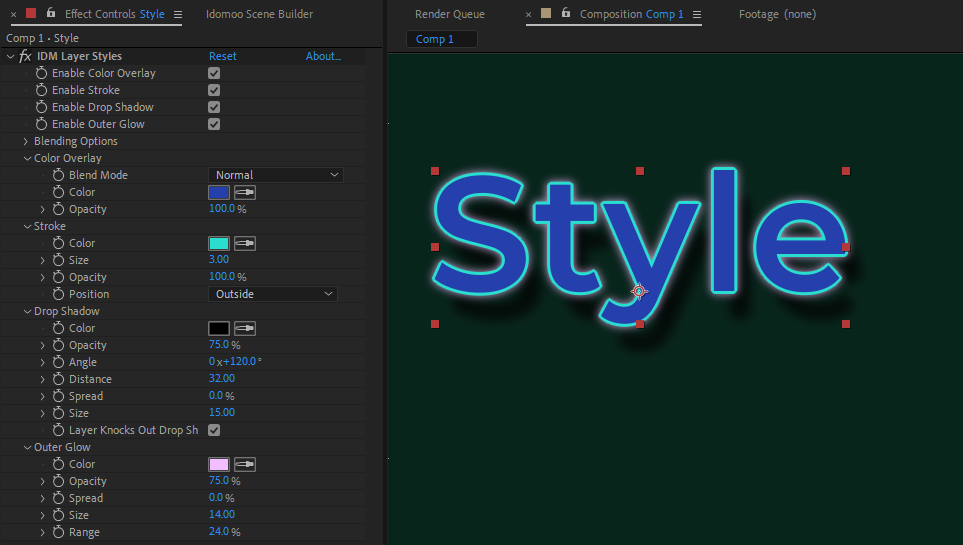 As this is an effect, it sits in a different location regarding the order of operations for an image layer than Adobe's version. Adobe's Layer Styles are added after transformations, while Idomoo's are added before transformations. Because of this, if you have a stroke value of 10, and you scale the layer to 50%, the stroke will shrink to appear to be a 5 pixel stroke. If you want the stroke to remain with a width of 10 pixels, you'll have to animate the stroke width yourself.
This is only true for image and video layers. Text layers behave the same way as Adobe's own Layer Styles.