In order to complete your placeholder setup before exporting you also want to define default behavior for your placeholders.
Not all features supported by Idomoo's render engine are supported in After Effects, and so you need to define them manually, with no visual change, and when the IDM is used in the Idomoo platform it will look as you expected it to. By defining default behaviors you are making your exported IDM whole.

For example, in the example below, I want the text on the sign to be centered vertically, but I want the bounding box to cover the whole sign. In After Effects I won't be able to preview the middle vertical alignment, as After Effects does not support that. 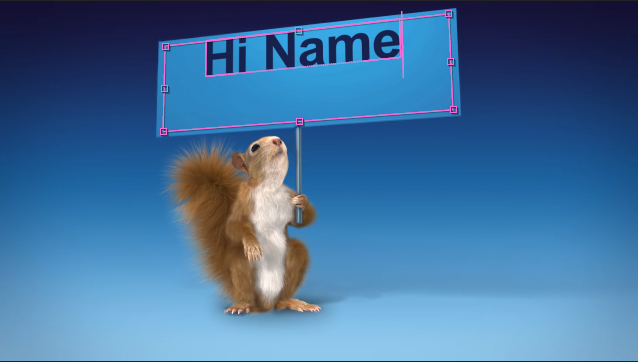 I can define this placeholder to have middle vertical alignment by default, and when I generate this video on the Idomoo platform it will come out like this: 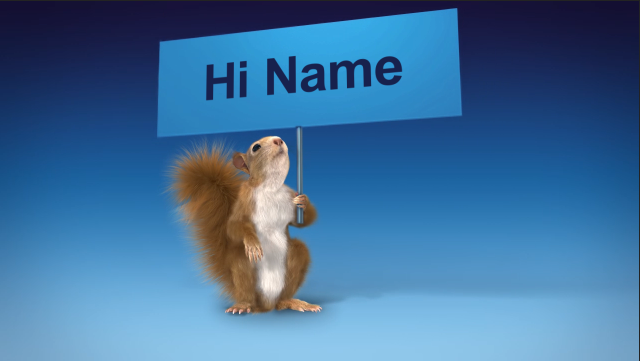 To change default behaviors for placeholders, follow these steps:

For the example above, all I needed to do was change the Vertical Alignment value to Middle. 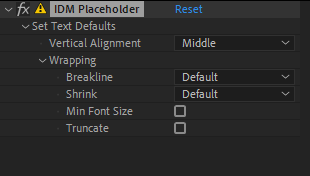 Note: Changing the vertical aligment in the Placeholder effect will have no visual change in the After Effects viewport. However, once you upload the IDM scene to the Idomoo platform, you will see the change.